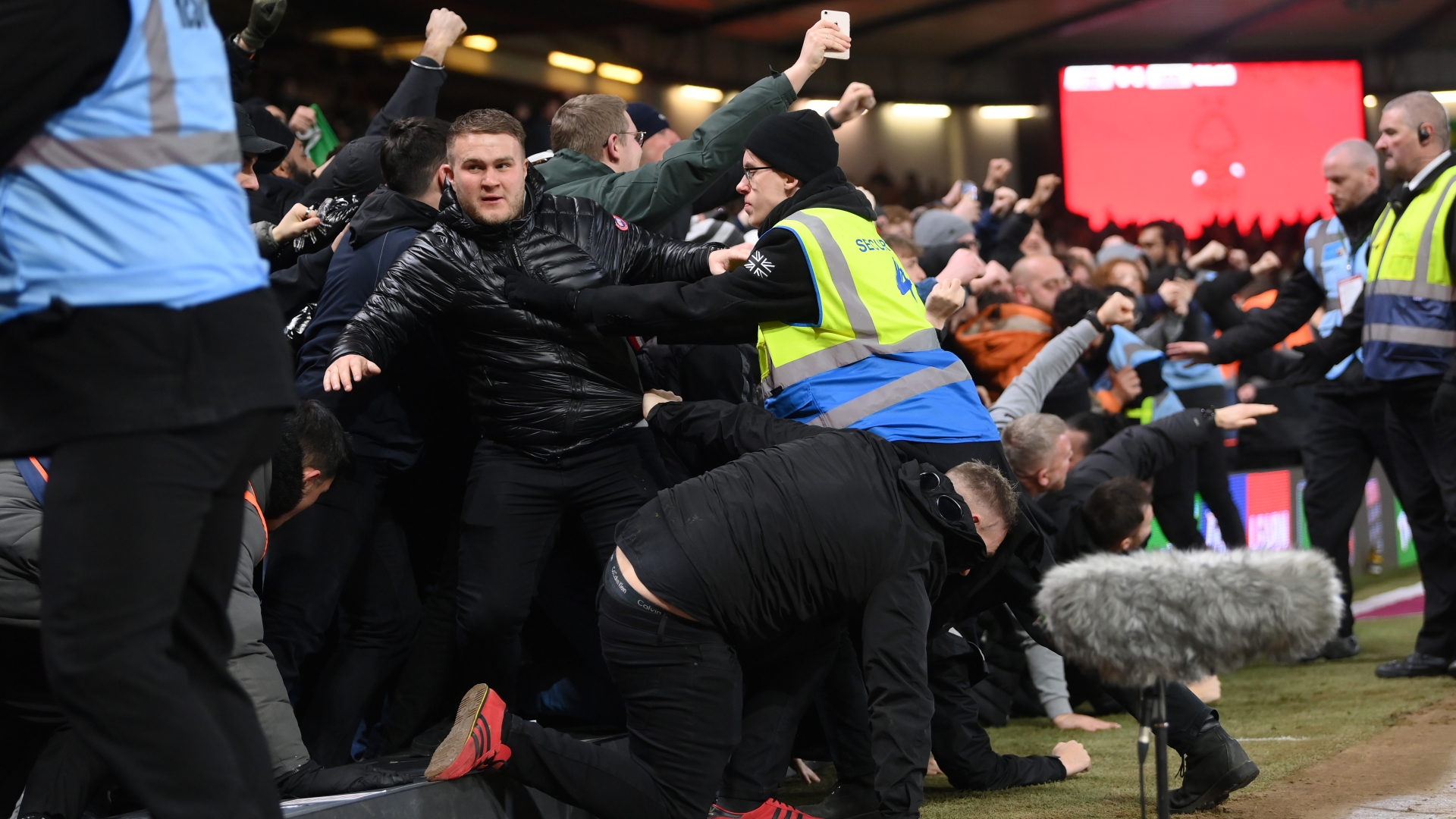 MANCHESTER UNITED fans celebrated thumping Nottingham Forest so much that the advertising hoardings COLLAPSED – sending themselves tumbling to the ground.

The travelling Red Devils fans rejoiced as Bruno Fernandes drilled in their third goal to all but seal United’s place in the Carabao Cup final at half-time in the two-legged semi-final tie.

But as Portuguese playmaker ran across to take in the adulation, the supporters pushed forward so much that the barrier gave way.

And that prompted all the fans on the front row to stack it – before one steward also went flying, cue more enthusiastic cheers.

THIS IS A DEVELOPING STORY…The Sun is your go to destination for the best football, boxing and MMA news, real-life stories, jaw-dropping pictures and must-see video.Like us on Facebook at https://www.facebook.com/TheSunFootball and follow us from our main Twitter account at @TheSunFootball.