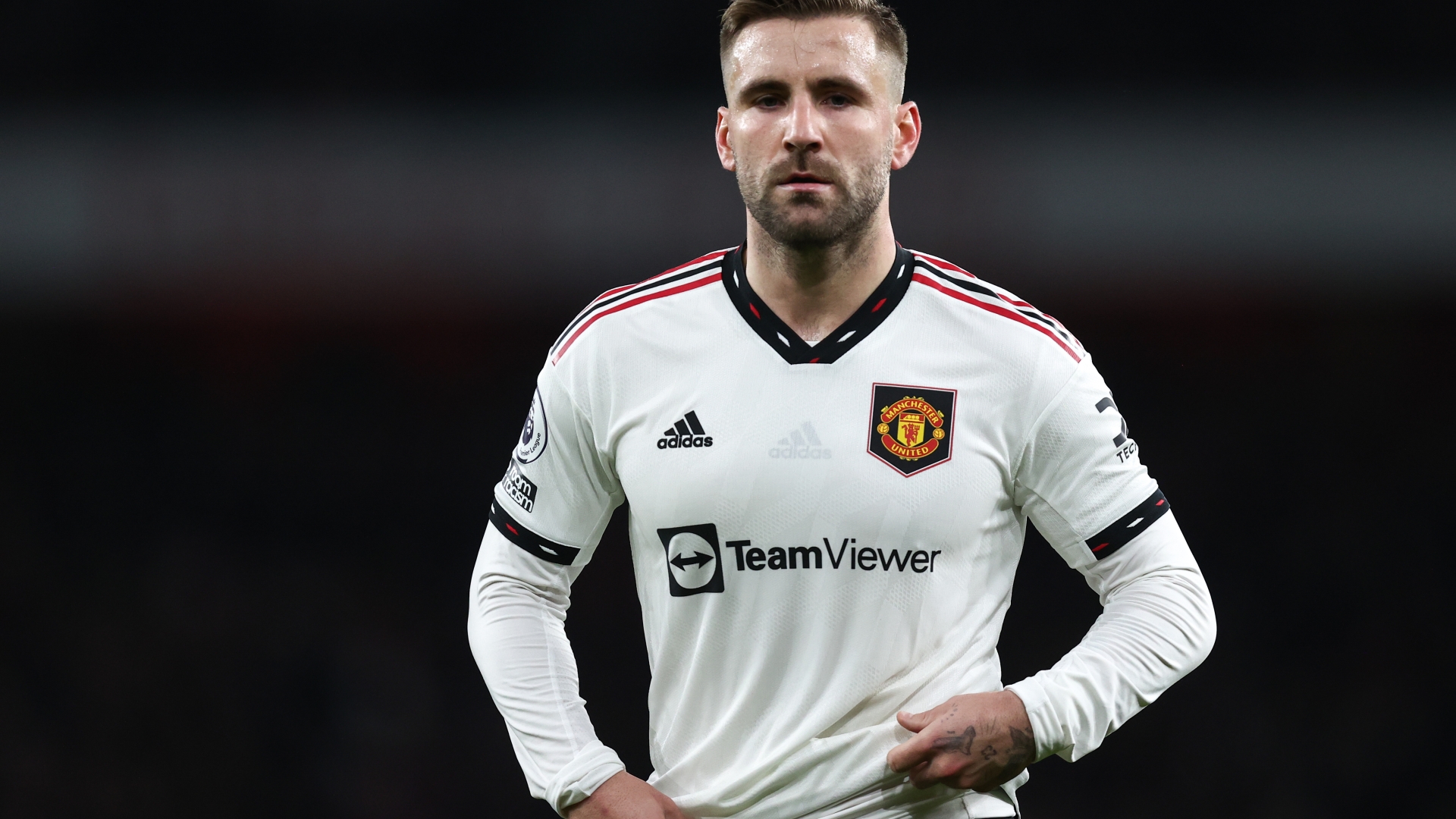 LUKE SHAW is a doubt for Manchester United’s FA Cup tie with Reading after missing the first leg of their Carabao Cup semi-final with Nottingham Forest due to illness.

The England international was due to retain his place in the back four for Wednesday night’s trip to the City Ground but was absent from the starting XI.

His absence raised concerns of a potential injury, a notion manager Erik ten Hag was quick to dispel.

When asked whether Shaw was injured or not, the Dutchman said: “No, illness.

“Difficult to say how that develops.

“We have to wait to see how that develops in hours and days.”

Tyrell Malacia will likely deputise for Shaw at left-back should he not shake off his illness before Saturday’s visit of Reading.

Shaw’s absence mattered little in United’s clash with Forest on a bitterly cold night at the the City Ground.

The Red Devils put one foot in next month’s final with a 3-0 win over the Premier League strugglers.

First-half strikes from man of the moment Marcus Rashford and Wout Weghorst rocked the hosts.

And Bruno Fernandes made sure of the victory – and likely secured passage to Wembley – with a strike in the final minute of normal time.

Ten Hag said of his troops’ display: “I’m happy with the performance and I think over 90 minutes we controlled it.

“There was one moment that could have changed the game and that is where we need to improve but overall we controlled it.

“They changed the system and we didn’t anticipate that. It can’t happen.

“That is still a moment where we have to learn and improve as a team if you want to be top. Those moments can’t happen.

“I know it’s what he [Rashford] is capable of. He has a really good goalscoring record. We created some more good chances. It was a real striker’s goal.

“We dictated it totally then in one moment it can change. We need to avoid that.

“I think in the second half we were much more composed and we tracked them. It was much better.

“We had already planned the substitute. Marcus Rashford did his job and scored another goal so we were in a good position.

“Yeah we have to play one game.

“We have to do the same, prepare and make a good game plan. The players have to be focused.”