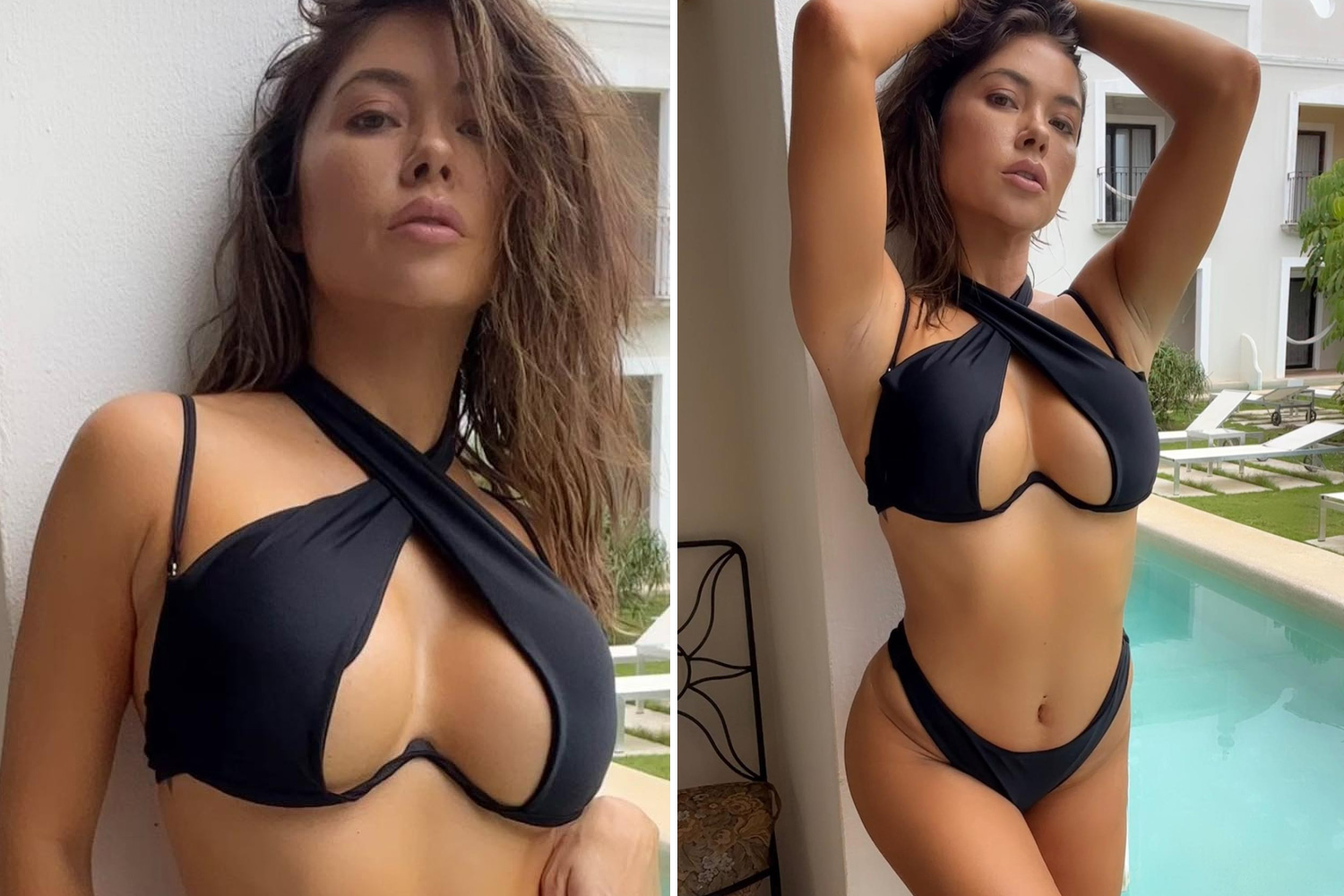 The veteran ring girl is gearing up for a warm winter getaway to Mexican hotspot Tulum.

Arianny Celeste made her UFC octagon girl debut in 2006[/caption]

And judging from her latest Insta post, she’s clearly already in the holiday mood.

Celeste, 37, posted sultry snaps of herself in a barely-there bikini to the social media website on Sunday.

An excerpt of her post read: “Countdown to Tulum.”

Celeste’s legion of followers were quick to comment, with one saying: “Gorgeousssss.”

And another said: “Stunning.”

Another chimed in: “Love the suit.”

Celeste is seemingly looking to get in even better shape for her winter holiday, recently taking part in gruelling training sessions at F45 Las Vegas.

Mum of one Celeste regularly wows her followers with racy snaps, although she often receives hurtful messages from UFC trolls.

The American hit out at them late last year, writing on her Instagram story: “The hate is non-stop.

“I thank god that my mom raised me to be strong because otherwise, I would not be able to mentally cope. And no it’s not easy. Period.

She added: “Have you ever felt unworthy, insecure, not good enough?

“Imagine millions of people sending you things purposefully to hurt you?

“Discrediting your hard work and just calling you a ‘pretty face that has never worked a hard day in this life’.

“People you don’t even know!!

“I’ve had to work so hard to not break in this industry.

“I thank God every day that I can disassociate myself from this world.

“I don’t come around to MMA things precisely for this reason.”