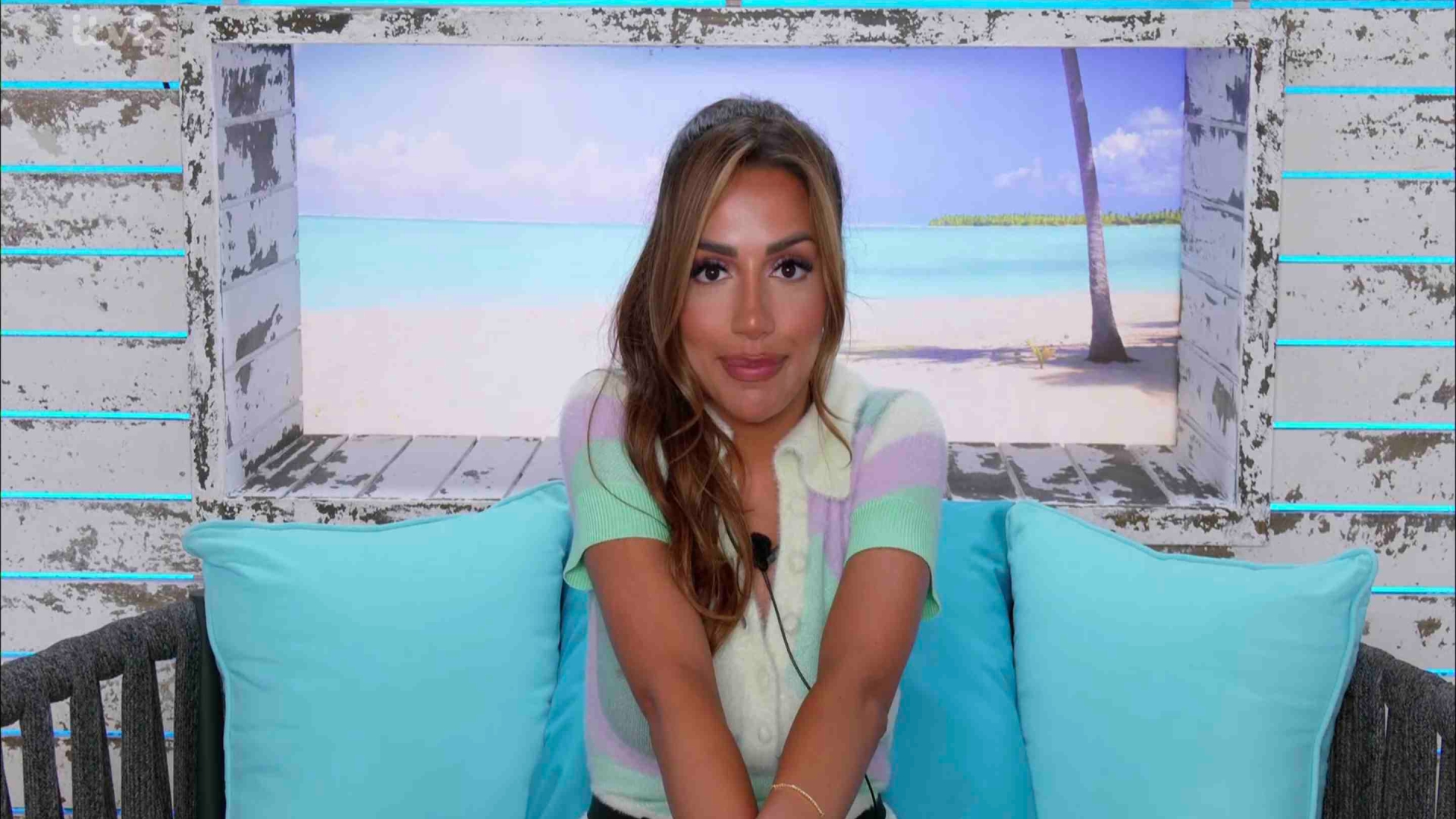 LOVE Island contestant Tanyel Revan has undergone a ‘Brazilian booty lift’ to give her a “peachy” bottom.

Tanyel, 26, had the non-surgical procedure done at a London clinic in a bid to boost the appearance of her natural backside.

The star, who is coupled up with Ron Hall on the ITV2 show, even posed for an ‘after’ shot while wearing a slinky black thong.

Sharing the picture of Tanyel on Instagram, the clinic used the hashtag ‘#bodygoals’.

The post concluded with a list of expected results, including “perky booty”, “tighter”, “lifted booty” and “cellulite reduction”.

Tanyel had her ‘Brazilian booty lift’ done in February 2021, yet the photograph has resurfaced since she entered the Love Island villa.

Meanwhile, Tanyel is among six Islanders at risk from dumping in tonight’s show (Wednesday) following a public vote.

And it is down to Aussie bombshells Aaron Waters and Jessie Wynter to decide which of their co-stars will pack their bags and fly home to the UK.

One of the two who gets the boot is Haris, 21. The salesman from Doncaster was told he was leaving the villa last night.

Viewers will have to tune in at 9pm on ITV2 to find out who the other person is.

Tanyel is facing the boot from the villa[/caption]