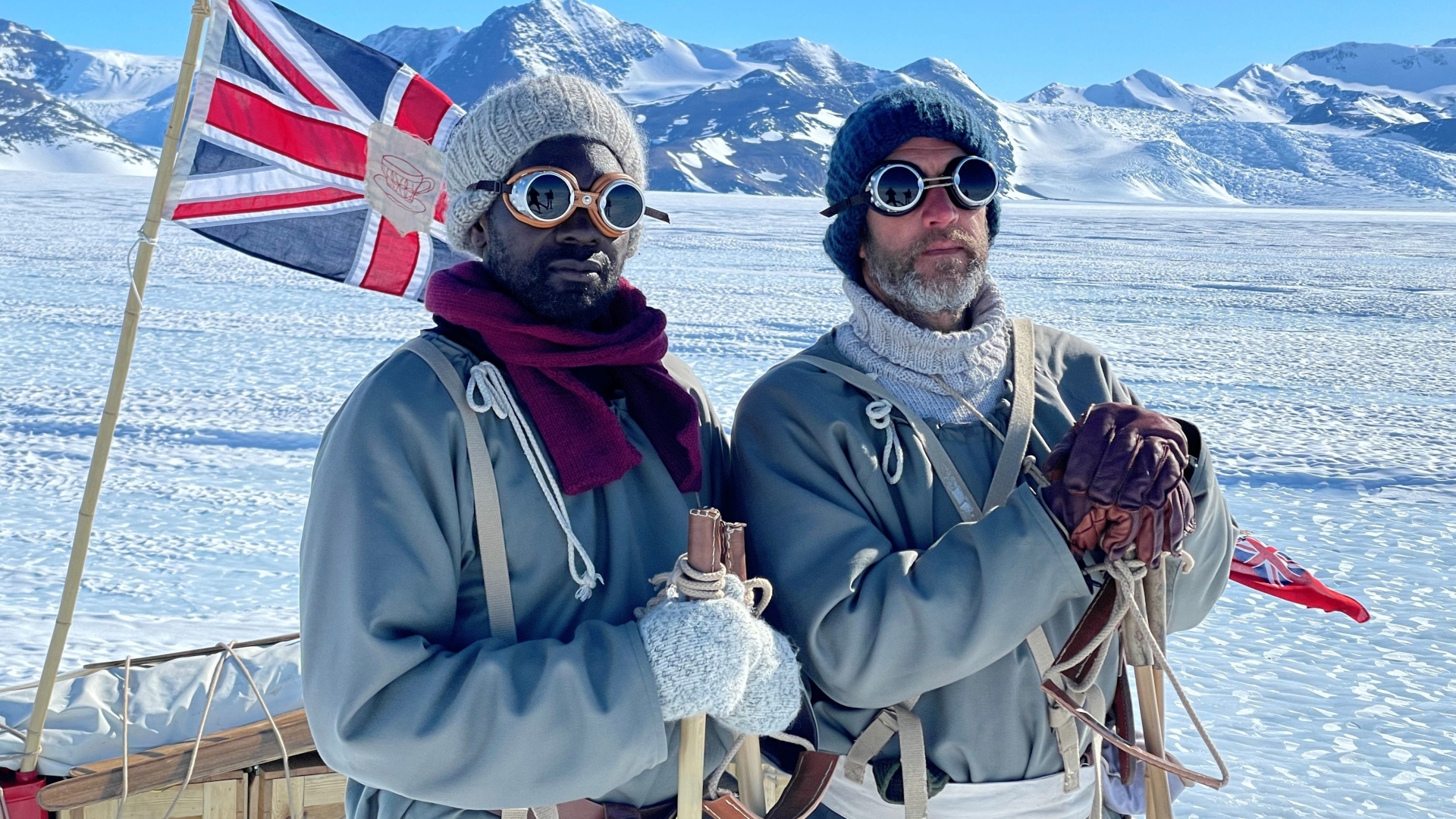 BEN Fogle has embarked on his latest adventure.

The globetrotter, 49, has joined forces with polar explorer Dwayne Fields to relive the Antarctic journeys of Captain Robert Falcon Scott, Sir Ernest Shackleton and Roald Amundsen as part of a new series for Channel 5.

Ben tucks in and said: ‘This is a dream project for me’[/caption]

The men will rely on Edwardian equipment, food and shelter as part of Endurance: Race To The Pole.

Ben said: “This is a dream project for me.

“Having raced to the pole myself in 2008 wearing modern equipment, now I get to experience the harsh Antarctic wilderness as they did.

“This will give me a better understanding about the heroics and the sacrifices made by these brave men more than a hundred years ago in one of the harshest, most unforgiving places on earth.”

The three-part series will air later this year.

Sir Ernest Shackleton, centre, with Adams and Wild at the furthest South point in 1909[/caption]