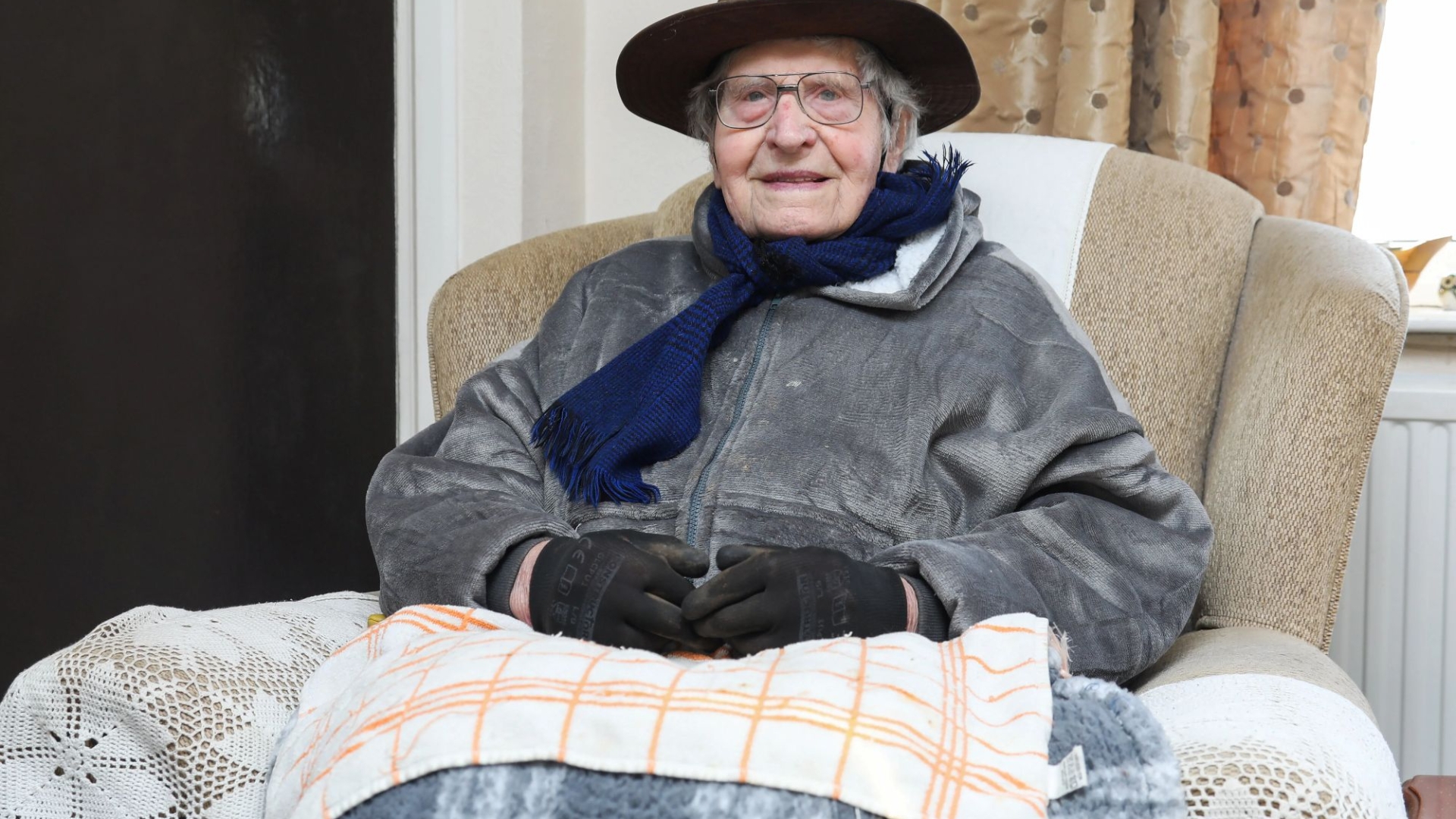 A D-DAY war hero aged 103 wrapped up in tea towels and oven gloves to stay warm after an energy firm left him with a broken meter.

Ivor Gardner also used blankets after OVO failed to carry out repairs five times and cancelled another appointment while still demanding his readings.

He is a D-Day war hero. Pictured with his wife Violet[/caption]

He was worried about how expensive his bills would be without knowing how much he was using, so only allowed himself up to six hours of heating during winter.

Ivor told Wiltshire Live: “My family has been buying me all this stuff to keep warm rather than sitting in the cold.

”But it got to a stage where I thought, ‘why should I be sitting in the cold when I can afford to pay for what I’m using and have never owed anybody anything in my life?’”

OVO still charged him at an estimated rate, however, which he thinks was higher than what he was actually using.

In December, his gas bill came to £148 and he believes he has been overcharged by hundreds in the last nine months.

It originally came to £632 until his neighbour Peter Allaway and his MP complained.

OVO installed a new meter but then suggested basing the last nine months of models of how much he used over the next six weeks.

That would mean his bill for last summer’s heatwave would be based on January and February’s winter period.

Ivor, of Bromham, Wiltshire, added: “It’s felt very unfair, why pick on me?

“I had a lot of credit at one time, but they’ve gradually eaten it away. I was convinced they were waiting for me to die so I stopped complaining.”

He refused the offer and eventually received an apology as well as a pledge to write off his bill from April to December.

He also received £200 in compensation. Mr Allaway helped him through the process, having more than 20 calls with the energy giant.

An OVO spokesperson said: “We are sincerely sorry to Mr Gardner for the missed appointments.

“The service he received was not up to the standards our customers should expect from us.

“His meter has now been exchanged and his account balance corrected.

“By way of apology, we have reimbursed him for his energy during this period and will be issuing compensation to his account.

“We are extremely grateful to Mr Allaway for supporting Mr Gardner and working with us on this.”