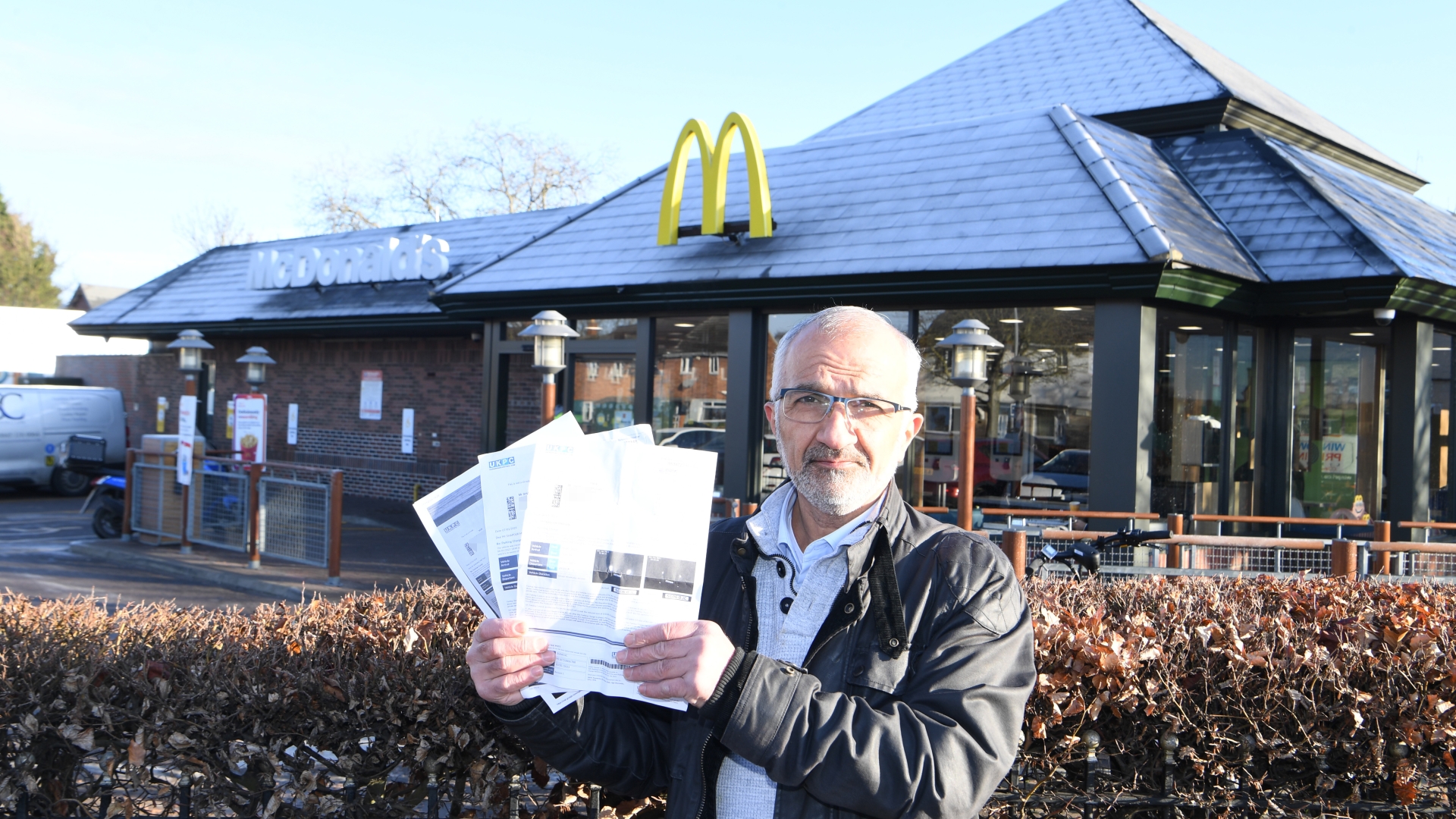 A MAN was left fuming after he says he was hit with a £100 fine for “eating his food too slowly” in a McDonald’s car park.

Shapour Meftah had gone to meet his brother at the fast food outlet but was left shocked when the visit became “the most expensive McDonald’s” he’d ever had.

Shapour Meftah is appealing the fines[/caption]

He’d parked up outside the McDonald’s branch on Newmarket Road in Cambridge and ordered “quite a bit of food”.

However, he thought nothing of it until he got two penalty notices through his letterbox a few days later from a private parking company.

Shapour was issued with two fixed penalty notices for two visits on the evening of January 4 and 6, 2023, respectively.

Shapour said: “It was parking from hell – the most expensive McDonald’s I’ve ever had.

“There’s no sign inside McDonald’s that says you have 90 minutes to sit down, eat and go. You don’t want to rush your meal and we ordered quite a bit of food”.

Shapour went to McDonald’s to appeal the penalty notice he had been given.

However, he said: “There’s no way you can get help from them.

“I tried talking to them and they said it was nothing to do with them. There’s no way on earth they’ll help you”.

Explaining the regulations at their car parks and fixed penalty notices, a representative from the company said that it’s at the discretion of the parking control company responsible on the outcome of individual cases.

They said: “We have parking restrictions in place at a number of our restaurants, with a time limit to ensure there is adequate parking for all of our customers.”

They added: “Ample signage regarding these restrictions is clearly displayed both as you drive into the car park and on various lampposts within it.

“If a customer believes they have been issued a ticket incorrectly, they should appeal it as per the parking control company guidelines”.

MoneySavingExpert advises that If you get a ticket from a private parking firm which you believe is unfair, don’t just pay it automatically.

An extract on their website states: “Private parking companies have no official right to fine you, though they may try to make you think they do.

“All they’re doing is sending you a notice of what they deem to be a breach of contract.

“It isn’t the ability of private companies to issue tickets in itself that’s a problem though. It’s the unstructured system which puts unnecessary power in potentially unscrupulous hands”.

Shapour has put in an appeal for UK Parking Control to revoke the penalty notice.

The Sun Online has contacted UK Parking Control for comment.