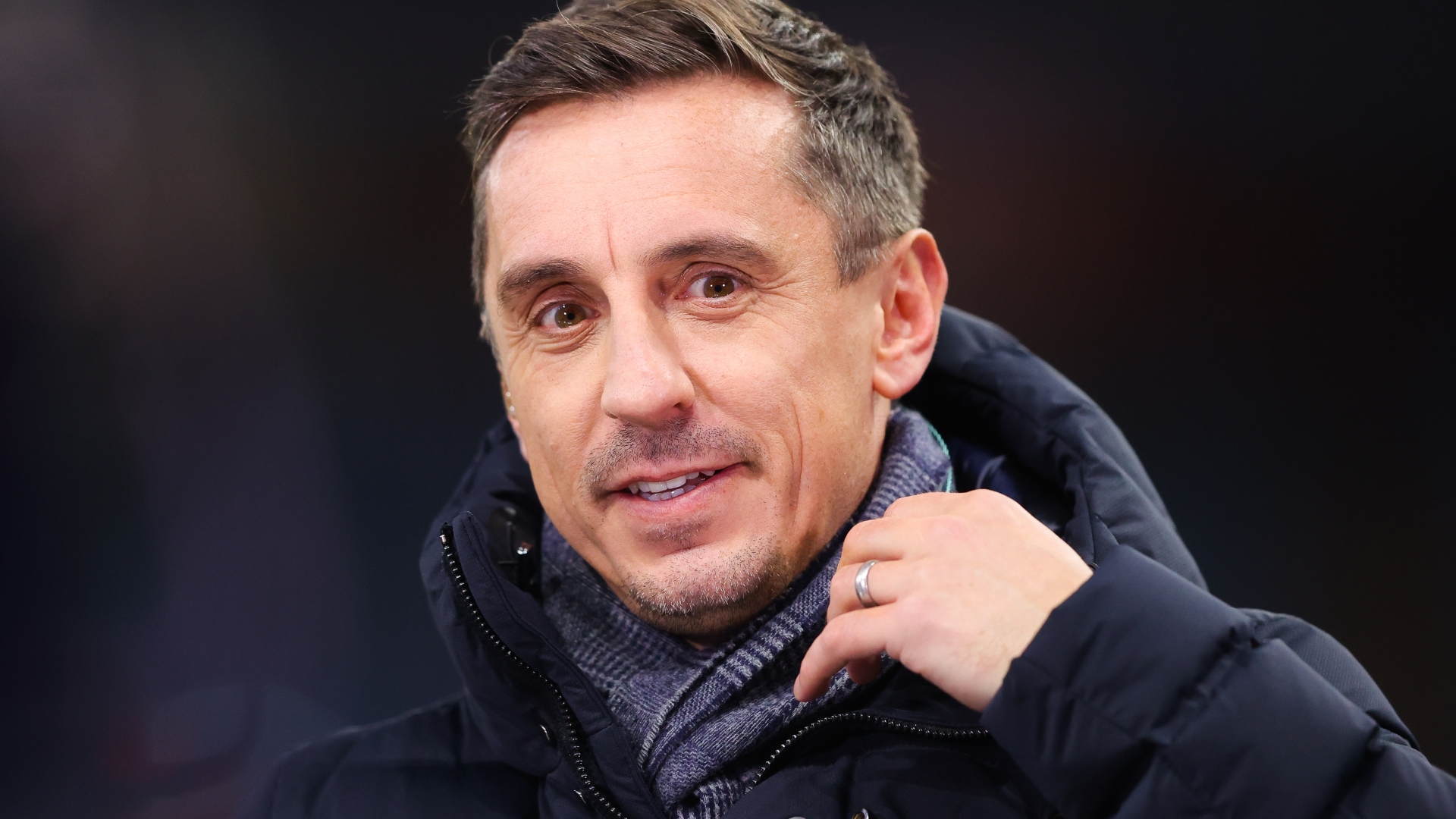 Erik ten Hag‘s Red Devils are sat fourth in the table and eight points behind league leaders Arsenal, who they face on Sunday at the Emirates.

Neville says United are not in the title race[/caption]

A repeat of this fixture from earlier on in the season would see United cut the gap down to five points.

And despite Ten Hag being the only manager to get one over on Mikel Arteta in the Prem this season, United legend Neville believes his former team will NOT win the title.

The former defender-turned-pundit says United are “a little bit short upfront”, which rules them out of the title race.

Neville said on Sky Sports: “I don’t think they (Man Utd) are (in the mix for the title).

“I think they’re short compared to other teams. They are a little bit short upfront.

“You think about Weghorst coming in, he was a stop gap.

“The others seem to have more firepower, but United, from where they were at the start of the season, are in a really good position.”

Another one of United’s former captains has echoed Neville’s view.

Roy Keane says United‘s performances are still below that of title challengers Arsenal.

Keane said: “United have had a difficult start to the season, it’s great to see their recovery.

“They are still behind Arsenal in terms of the level of performances and of course the points total.”

Neville doesn’t believe Arsenal will win the league either.

He reckons United will beat Arsenal to second with Manchester City retaining the title.

He said: “They won’t win the league. Manchester City will win the league, and I think Man Utd will finish second, and I know that will annoy Arsenal fans!

“I’d rather Arsenal win the league than Man City. I think it would be absolutely sensational for the Premier League.

“I think about watching the Premier League, we’ve seen City sweep up, apart from Liverpool, over the past five years.

“To think Arsenal could come and win it, it adds to our league, it makes our league great.

“I’d love Man Utd to win it, but I don’t think that’s going to happen this season.”