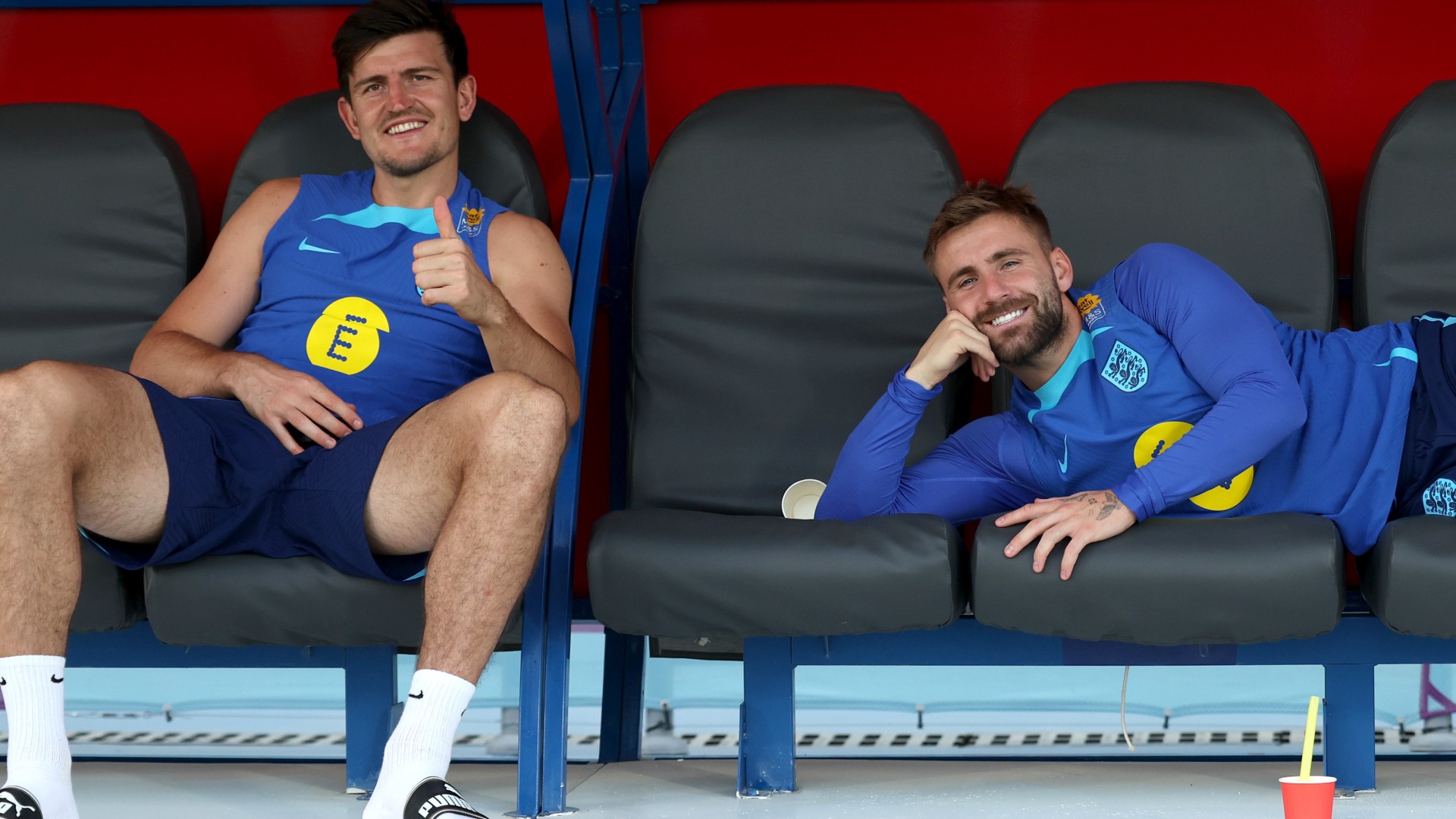 ENGLAND’S stars were in a relaxed mood as they continued their preparations for the World Cup knockouts.

The Three Lions face Senegal on Sunday in the last-16 after Tuesday’s 3-0 win over Wales sealed top spot in Group B.

Jack Grealish looked pumped as he enjoyed some foot tennis[/caption]

Having been given the day off yesterday, Gareth Southgate had his men back to work earlier as they get set to try and secure a place in the quarters.

The full remaining England squad were out on the training pitch this morning in Qatar with the boss having no new injury worries.

Ben White, who returned back home for personal reasons this week, was the only absentee.

And after the hard work of the session, Harry Maguire and Luke Shaw enjoyed a quick time out by putting their feet up on the pitchside bench while giving the thumbs up.

Jack Grealish looked pumped up for action as he celebrated a victory in foot tennis in the inside hall.

Meanwhile, Harry Kane was leading from the front during the stretch work, while Jordan Henderson was hard at it on the weights in the gym.

Senegal, without star man Sadio Mane, secured wins over Qatar and Ecuador to finish behind the Netherlands and progress. 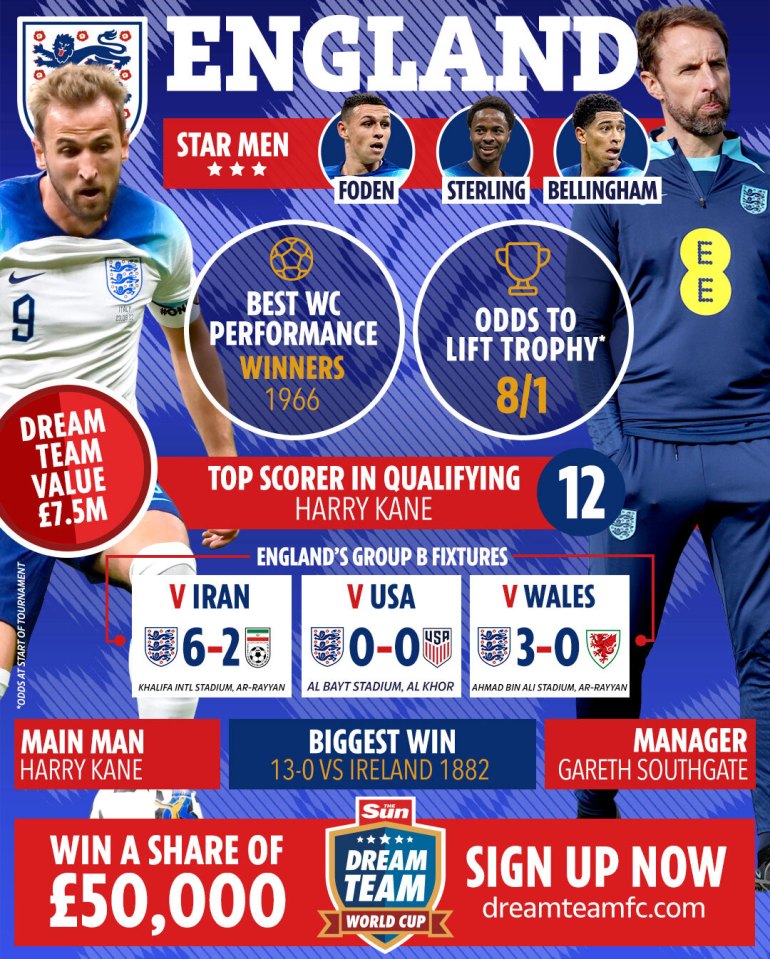 Southgate’s side know they go into the knockout clash as the heavy favourites and will be buoyed after scoring nine goals in their opening three matches.

However, should the game finish level after extra-time, it will go down to penalties.

But with the likes of Kane, Callum Wilson and James Maddison in the squad and a special net to practise spot kicks, England will be confident of putting their Euro 2020 final heartache behind them and progressing.