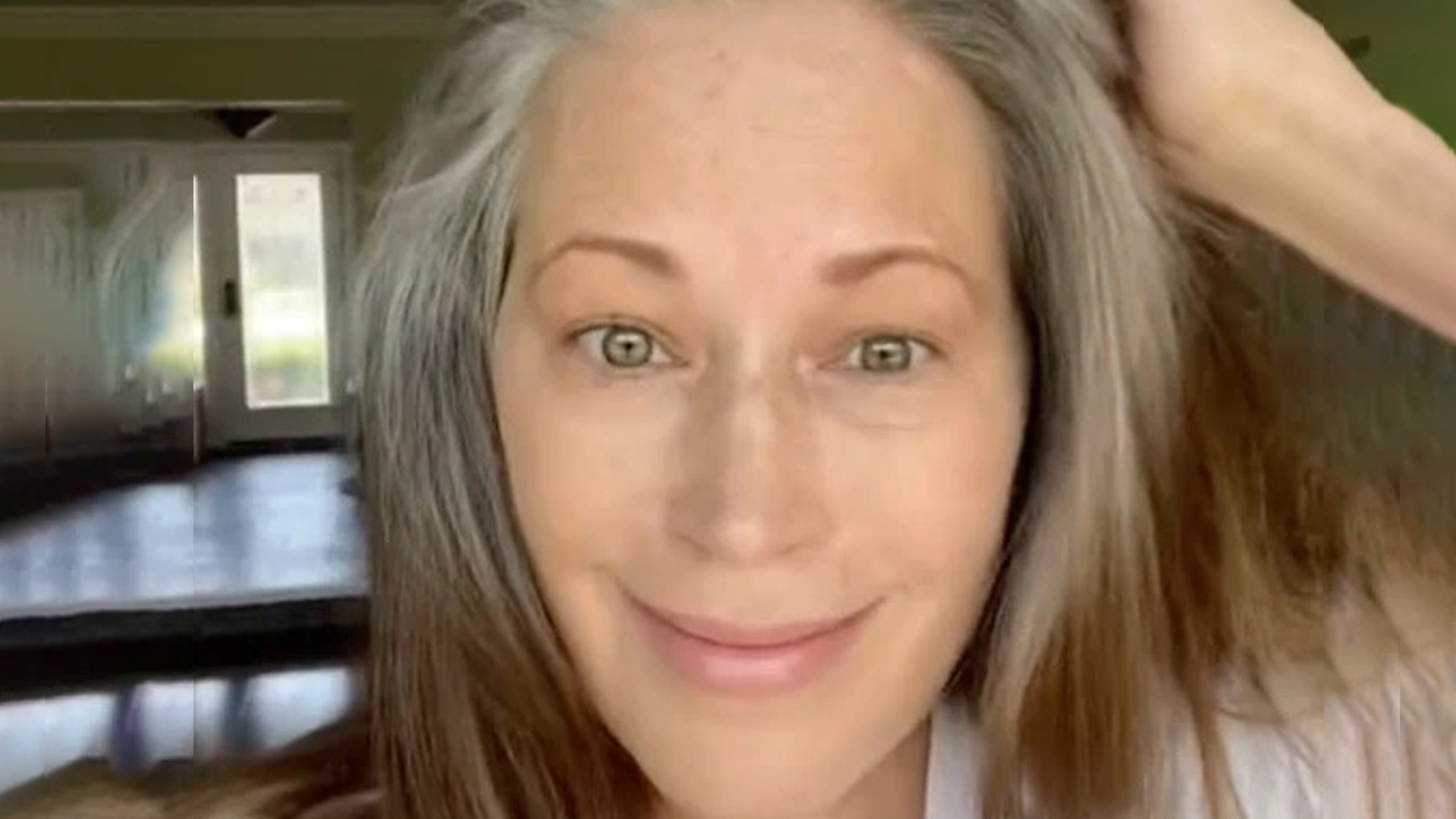 A WOMAN who was consistently dyeing her hair has stopped – and now people are stunned to learn her real age.

The woman’s followers were shocked to learn that she isn’t in her 20s, despite how young she looks.

The woman, who calls herself Slowly Silver on TikTok, has been growing out her dyed hair to show off her naturally gorgeous silver locks for at least a year.

In a video posted to her account, she compiled footage of her hair from each month in 2021 to show her progress.

With each video, there is noticeably less brown in her hair and more and more gray – and people are fascinated.

“Girl how you literally look in your 20s!!” one shocked viewer commented.

“I hope to look as beautiful as you when I get older!” another complimented.

And in response to a user telling her she’s “so hot,” the woman said: “Not something I ever hear at my age!”

She also admitted she was a bit nervous to embrace her natural hair, but being in lockdown made it a bit easier.

The thousands of supportive comments she has garnered throughout her hair transformation journey have surely helped, too.

In a comment under her video documenting her 12-month progress, she wrote: “This is a lot of attention.

“I like a little attention, but I could never imagine this.

“I can’t process numbers this large!

The TikToker also received several comments about her youthful-looking skin, which she attributed to skincare.

In the biography of her TikTok account, she linked to some of her favorite products that she uses on her skin, which include Eucrin 30 SPF sunscreen, La Roche Posay Pigmentclar Brightening Deep Cleanser, the Estée Lauder Advanced Night Repair Synchronized Multi-Recovery Complex Serum, and the SkinMedica Age Defense Retinol Complex.

And for those hoping to maintain healthy-looking skin and hair like the woman, there are several tips and tricks out there.

For instance, one haircare guru revealed how much people should actually be brushing their hair per day, while another shared how to brush hair properly to prevent damage.

On the skincare side of things, a TikToking dermatologist shared how he wants his clients to be layering their skincare and even recommended some ingredients to look for.

After a year of growth, there is almost no color left in her hair[/caption]