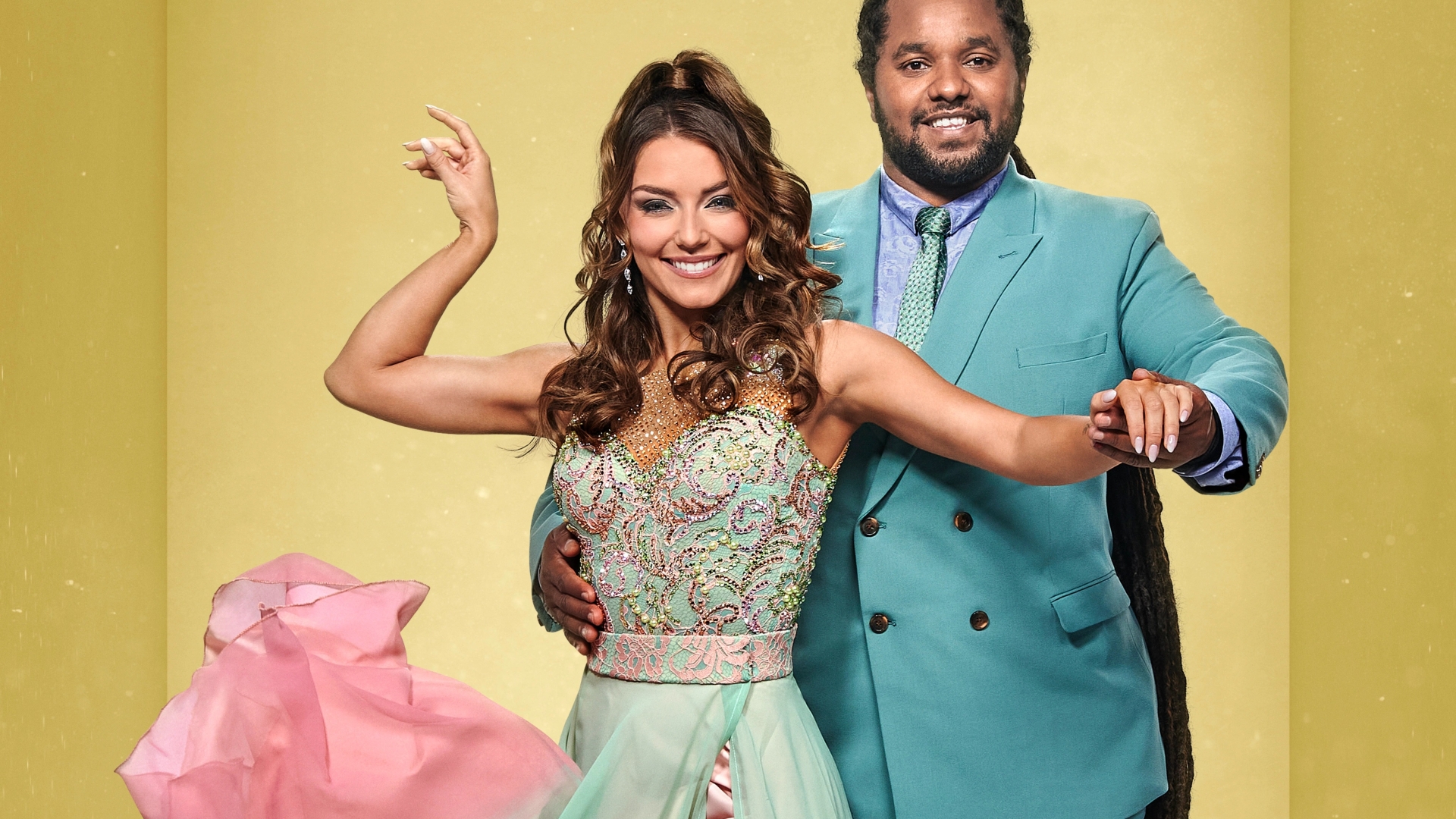 HIS incredible dance moves and infectious smile have seen Hamza Yassin go from a little-known presenter to one of the favourites on this year’s Strictly.

But even if he and dance partner Jowita Przystal don’t take home the coveted Glitterball trophy, he’s still a winner because I can reveal he’s getting his own nature show.

Strictly’s Hamza Yassin, with Jowita Przystal, is getting his own nature show as he hopes to follow in the footsteps of his idol Sir David Attenborough[/caption]

Keen to make the most of his popularity on the dance contest, producers want to sign Hamza up for another Beeb project, which is as yet unnamed.

This could see him walk in the footsteps of his idol, natural historian Sir David Attenborough.

A TV insider said: “He’s been nothing short of a sensation on Strictly this year, coming from being a virtual unknown to becoming a huge favourite among viewers and judges alike.

“That’s why he’s invariably been near the top of the scoreboard every week and has never been in the dance-off.

“But his popularity is as much to do with his personality and humility as anything else — and that’s what bosses are keen to develop further.”

Hamza is a huge wildlife fan, and has a degree in zoology with conservation and a masters in biological photography and a home in the Scottish Highlands where he can be as close to nature as possible.

He’s presented a string of nature-related shows for the BBC and Channel 4, including Animal Park and Scotland: Escape to the Wilderness.

He even worked on shows hosted by Sir David but has yet to meet the national treasure.

Sir David also has a connection to Strictly.

Last month, he provided a voiceover for a dance routine on the show, celebrating nature programmes as part of the Beeb’s centenary celebrations.

Surely surprising Hamza with a meeting with his hero is an open goal for Strictly producers.

MOLLY RAINFORD is red hot property after putting in some sensational performances on Strictly Come Dancing.

And she put her best foot forward again this week when she glammed up for the Bafta Children & Young People Awards in London.

The actress was the perfect guest because, before signing up for the dance contest, Molly was best known for playing the lead in Nova Jones on Children’s BBC.

But after turning 22 last week, it is fair to say she is all grown up now.

CRITICS thought the acting was as unstable as the sets but, for many, Crossroads was must-watch telly.

One of its biggest fans was It’s A Sin writer Russell T Davies, who has now penned a drama about the ITV soap.

Helen Bonham Carter, who will play Noele, said: ‘When I read the script, it was like a gift, it’s a no-brainer’[/caption]

Three-part series Nolly looks at the life of actress Noele Gordon, who played the show’s Meg Mortimer, and her sudden axe from Crossroads.

He said: “I was always fascinated by why Nolly was sacked. So sad. I always thought there was a story hidden away in there, did the research and I was right.”

Helen Bonham Carter, who will play Noele, said: “When I read the script, it was like a gift, it’s a no-brainer.

“I went on YouTube and saw Noele the night she was sacked and I thought, ‘My God, that woman has guts.’ I thought if I some of her guts rub off on me that would be just a bonus.”

Nolly airs on ITVX next year.

ONE of the stars of Netflix drug thriller Narcos: Mexico has criticised the way it portrayed his homeland.

AL MURRAY has revealed how he made some extra cash during a stand-up gig.

While doing a show as his alter ego The Pub Landlord, the comedian told the audience he was going to explain how the European Central Bank works by collecting spare change off those in the front row – and not return it.

But on one occasion, a flush punter handed over a £50 note and demanded it back weeks later.

Speaking on Jay Rayner‘s Out To Lunch podcast, Al explains: “We got sent these letters to the theatre and then my management – ‘He stole £50 off me’.

“I did used to say ‘Give me your small change, give me your loose, not your folding’.”

That’ll pay for at least three pints of beer at today’s prices.

The Brit actor, who played “canoe man” John Darwin in The Thief, His Wife and the Canoe, takes on the role of Uther, High King of all Dumnonia, in the Arthurian drama, which is based on Bernard Cornwell’s Warlord Chronicles.

The Winter King is set in the fifth century, long before Britain was united, in a land of warring factions and tribes when the world was a brutal place.

The Control Room’s Iain De Caestecker plays a young Arthur, while SAS Rogue Heroes star Stuart Campbell takes on the role of Derfel who transforms from left-for-dead orphan to the truest of all warlords.

I May Destroy You’s Ellie James is Nimue, a priestess saved by Merlin (Nathaniel Martello-White).

Filming is under way in Wales and the West Country. ­It is likely to air in late 2023.

PRETTY Little Liars: Original Sin’s Jordan Gonzalez, has been promoted for the second series of the US slasher teen drama.

The actor, who plays recurring character Ash Romero, will have a bigger role in Roberto Aguirre-Sacasa’s reboot of the 2010 series, this time retitled Summer School.