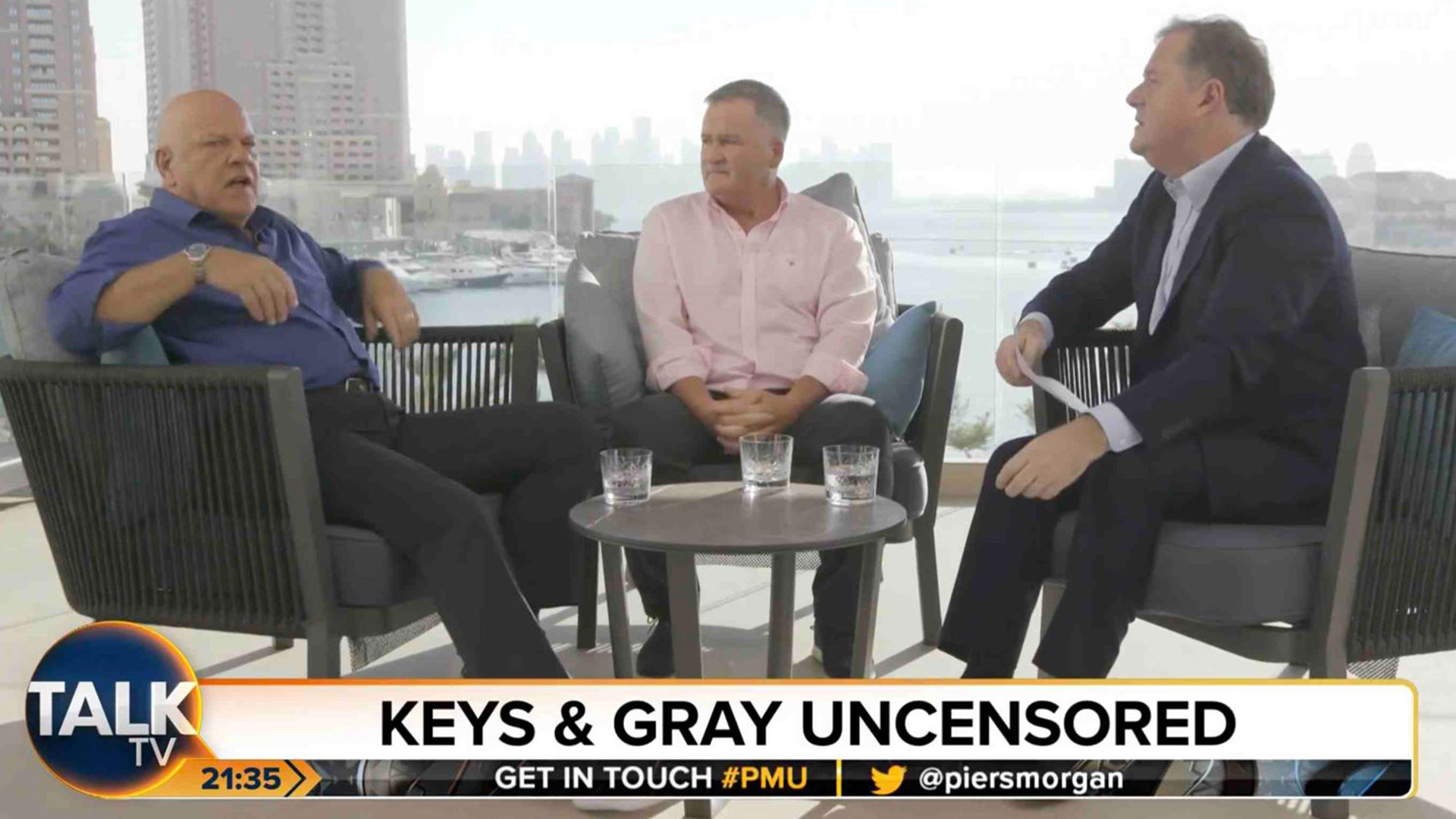 ANDY GRAY revealed he almost killed himself after his Sky Sports sacking over the sexism scandal.

The former Scotland international, 66, opened up on his “dark place” in his interview with Piers Morgan.

Keys was recorded saying: “Somebody better get down there and explain offside to her (Massey).”

Gray replied: “Yeah, I know. Can you believe that? Female linesman. Forget what I said – they probably don’t know the offside rule.”

Gray then responded: “Why is there a female linesman? Somebody’s f***** up big.”

Speaking to Morgan for TalkTV, the ex-Aston Villa, Wolves and Everton striker admitted he had suicidal thoughts.

Gray said: “‘I suddenly found myself in a really dark place.

“I knew I had done something wrong, of course I did, but I couldn’t compute it.

“My head was gone. If it wasn’t for my wife I don’t know what would have happened.

“I was close to going down the garden, I had a pond, with a bottle and a few pills one day. I was that bad.

“People who know me will think I’m kidding… horrible [time]. I couldn’t work it out.

“For two weeks I couldn’t leave the house, just surrounded by press and media. Really weird – but I’m through it now.

EVERY 90 minutes in the UK a life is lost to suicide.

It doesn’t discriminate, touching the lives of people in every corner of society – from the homeless and unemployed to builders and doctors, reality stars and footballers.

It’s the biggest killer of people under the age of 35, more deadly than cancer and car crashes.

Yet it’s rarely spoken of, a taboo that threatens to continue its deadly rampage unless we all stop and take notice, now.

That is why The Sun launched the You’re Not Alone campaign.

The aim is that by sharing practical advice, raising awareness and breaking down the barriers people face when talking about their mental health, we can all do our bit to help save lives.

Let’s all vow to ask for help when we need it, and listen out for others… You’re Not Alone.

If you, or anyone you know, needs help dealing with mental health problems, the following organisations provide support:

Gray was reluctant to name the people who gave the most support but added: “I was sitting in the kitchen one day, my head was all over the place, and next minute the gates open and this motorbike rider comes down the drive, he’s got an extra helmet under his arm and he comes screeching in, and it’s Andy Townsend!

Gray and Keys relocated to the Middle East following their Sky Sports departures.

And the latter also admitted he had mental health struggles too.

“Piers you have no idea – he’s right, you can’t explain, you look back now with a clear head and you go, ‘What you thinking.’”