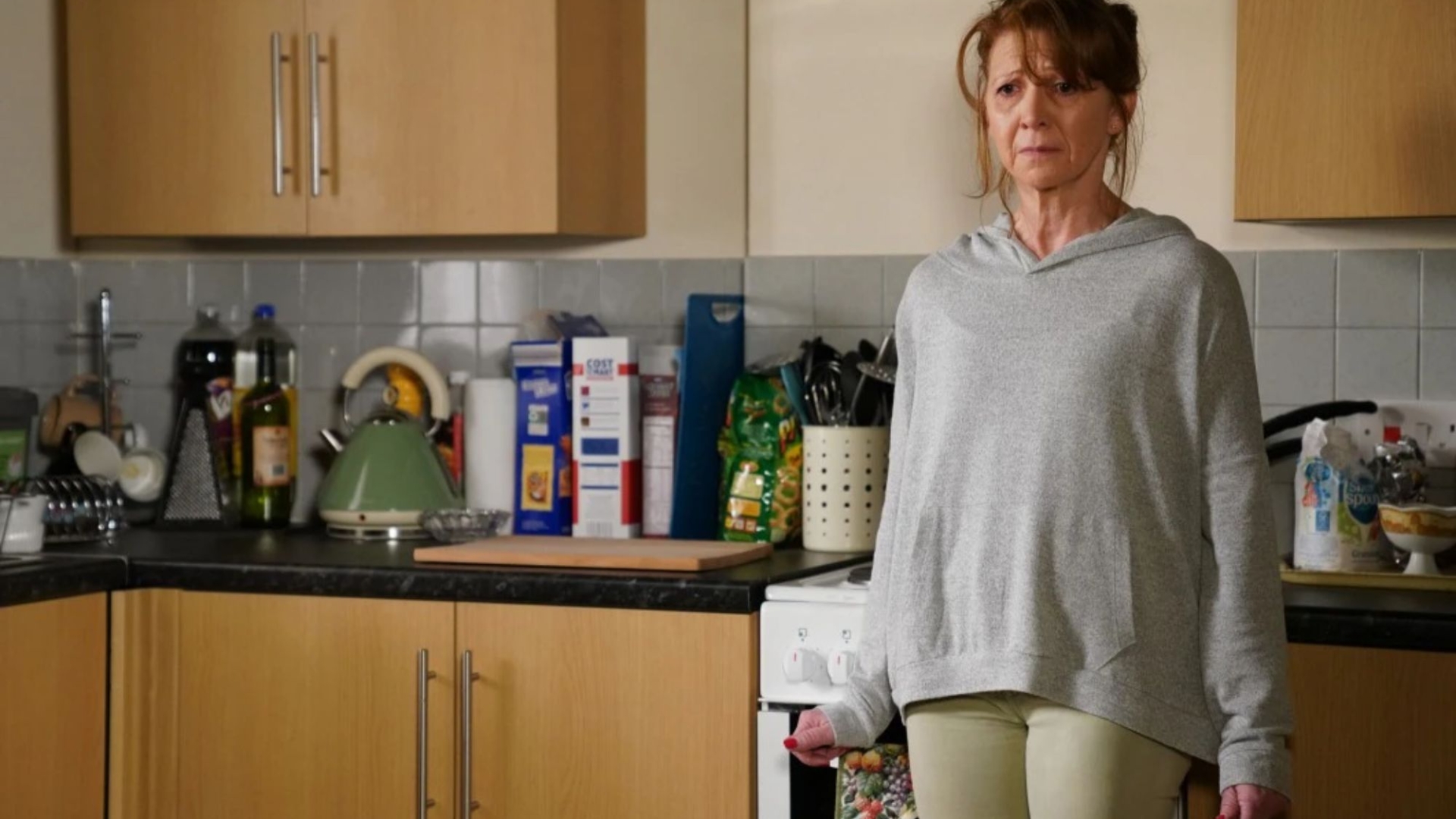 BONNIE Langford has teased an epic EastEnders return as she says her character is ‘still in the taxi’.

Her character was written out of the show following the deaths of her two sons.

Viewers watched as Carmel’s final scene showed her in the back of a taxi on the way to the airport.

And now four years on Bonnie has hinted at an epic returned to Walford.

Speaking to the Mirror, she said: “I think I’m still in the black taxi making my way to Dubai.

“They killed off the rest of my family in the show except my grandson who ­apparently is still there.

“I enjoyed my time on EastEnders and I’d never say never.”

Langford added: “Maybe I’ll come back in a taxi and say, ‘I’m here!’

“Carmel is not gone, that’s for sure.”

On the subject of exits, Dot Cotton’s final storyline has begun as bosses cover the death of actress June Brown earlier this year.

Two years have passed since the EastEnders icon moved away but, this week, word of her death reaches Albert Square.

She was a long-standing EastEnders icon, having played Dot for more than three decades.

The fan favourite will be given an off-screen death this week.

Coming up, Sonia, who was particularly close to her step-grandmother, is the first one to find out about her fate.

She first misses an important call when her phone dies but finally manages to pick up before being told that Dot has died.

EastEnders airs on BBC One.