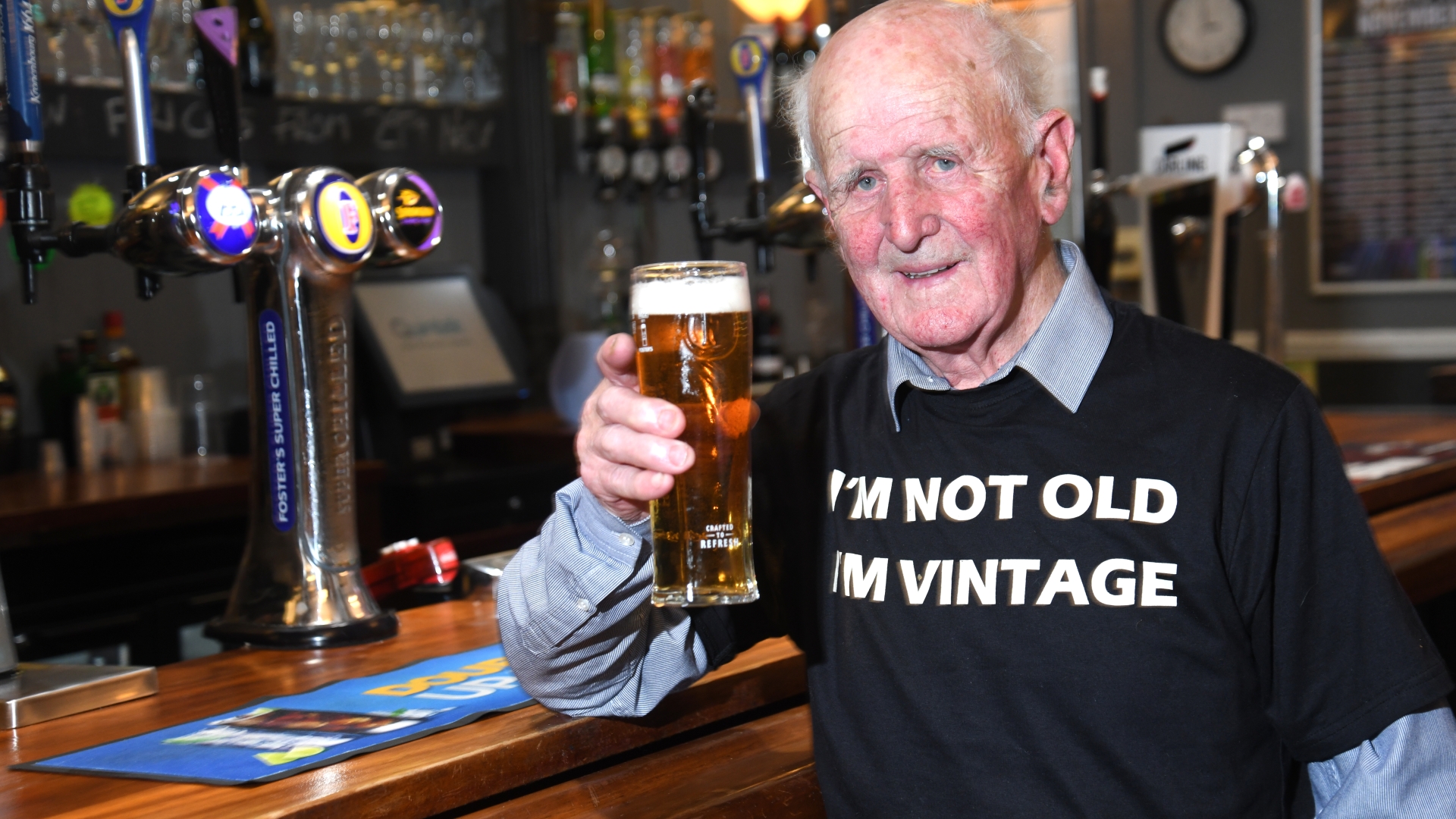 A GRANDAD has visited his local boozer every day since it opened 68 years ago.

Bernard Bland first visited to the Nunsthorpe Tavern in 1954 when a pint cost just 1s 10d — 9p in decimal currency.

He has been going ever since, has even celebrated his wedding anniversaries there and only missed out on his daily drink during the Covid lockdowns.

This week he celebrated his 92nd birthday in the pub in Grimsby, saying he never tires of the company, adding: “I’ve got good friends here, they’re like family.”

Bernard was among the first through the door when the Nunsthorpe was built on the estate where he lives.

Over the years he has enjoyed countless pints with pals and his wife of nearly 70 years, Betty.

Now she is in a care home, he pops in on his own for his daily pint of Fosters and a double dark rum.

Surrounded by his 92nd birthday banners, Bernard said: “It’s only me at home so I come in and see people. I can’t stop at home.

“People can’t afford to come to the pub like they used to. The place used to be full to the brim with people but with balancing the cost of electric and gas nowadays too, going to the pub isn’t something everyone has the money to do.

“I live on my own so thankfully my gas and electric are all right.”

Dad-of-two Bernard, a former Navy cook, celebrated his 65th anniversary at the pub with Betty.

He added: “She’s my whole life. It’s like her wheelchair has a satnav that takes us here but it’s great because everyone is so friendly. I’ll still be coming while I can. I’ve got no plans to stop.”