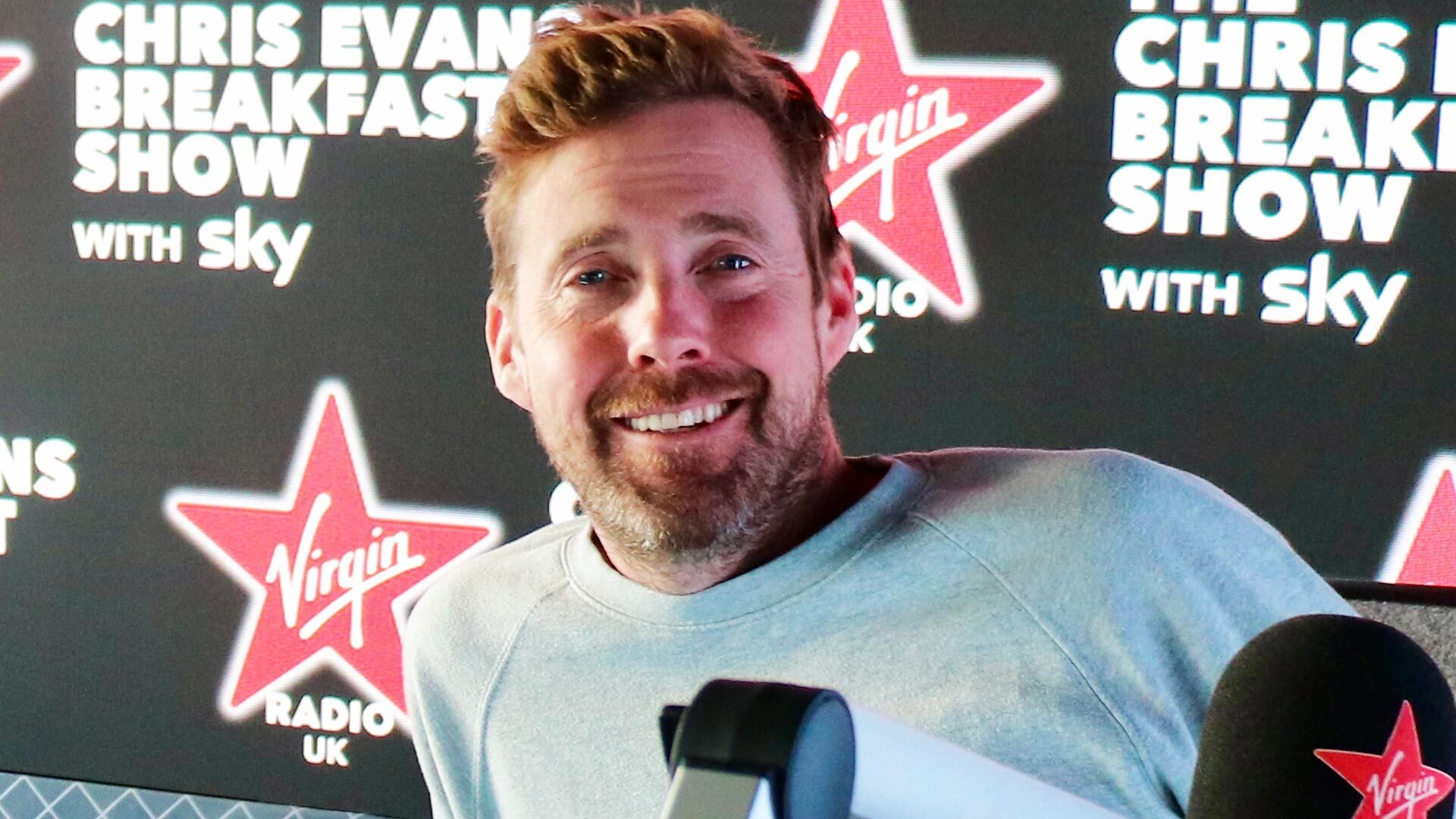 HE is known for having one of the smoothest voices on the airwaves, and DJ Steve Wright is now inspiring his radio successors including Ricky Wilson.

I can reveal Kaiser Chiefs frontman Ricky has joined Virgin Radio and will host the weekday Drive Time show, slotting into a schedule that also includes Chris Evans and Graham Norton.

In an exclusive chat to celebrate the news, Ricky — who will be broadcasting from the same offices as The Sun — joked to me: “We can hang out by the water cooler. I can get all of the I’m A Celebrity gossip that nobody is allowed to know.”

Speaking about Steve, who left his BBC show in September after 23 years, Ricky added: “He is one of my radio heroes.

“I’ve moved stations as a listener to follow him. I like that he sings at the end of tracks. When we were working on a song a few years back, I said: ‘Wouldn’t it be cool if Steve Wright would sing along on the track?’ But he didn’t do it. He didn’t want to do it.”

Fans of the Kaiser Chiefs, who have seven top ten UK albums and five top ten singles, may not be able to hear their hits on Ricky’s show though.

The Ruby singer will kick off his tenure at Virgin on Monday, January 9, and admitted he is struggling with nerves.

Ricky said: “We might have to have a Kaisers amnesty and I can’t play them. I’m getting very ­nervous beforehand. I watch all the other DJs come in, and I am blown away by their ­professionalism.

“I have an hour of building myself up and I have copious amounts of notes. None of which I use, but without them I would be screwed.

“I’ve been offered radio shows before and I’ve been told I get to pick the songs, and I think that is brilliant. And then you do the show, but it was like ­listening to your own playlist.

“I like hearing songs now that in the mid-Noughties I was snobby about.

“I was either jealous or ­dismissive because it wasn’t as good as our music. I look back and realise how ­snobbish I was about some music. But look, the show is going to be amazing. I get to be on the radio.

“Give me a couple of months and I will be doing the traffic news!”

A YEAR on from her stint on Strictly, AJ Odudu looked as shiny as the Glitterball trophy during a festive night out.

The TV host wore this metallic minidress for a Christmas dinner held by The Perfume Shop.

AJ, who is a brand ambassador for the scent store, looked amazing for the event in London, and she had good reason to have a big grin on her face given how well her career is going.

AJ has hosted a series of shows this year including Married At First Sight UK: Unveiled and The Bridge: Race To A Fortune.

And earlier this month I told how she will also front the rebooted series of Big Brother on ITV2.

That is set to begin in the New Year so she has a very busy 2023 on the cards. 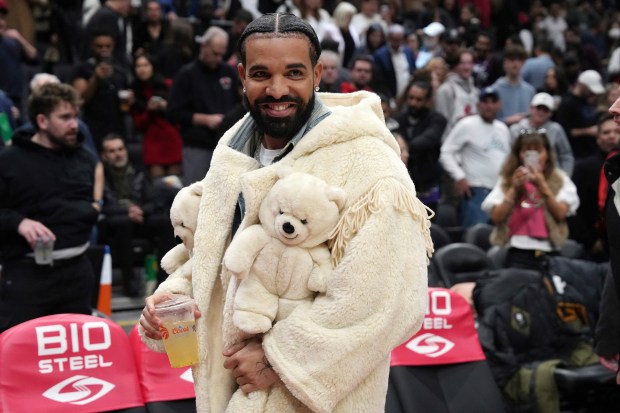 DRAKE has found a clever way of guaranteeing he gets a cuddle at the end of the night – by sticking teddies to his coat.

He looked cosy in this fleecy cream number with added bears as he atten-ded a ­basketball game in his home city of Toronto.

It was fitting that he looked like he had some funfair prizes with him, given that he has just invested £84million in the relaunch of an art carnival.

The cash is to repair and relaunch Luna Luna, a 1987 museum and amusement park featuring art by Keith Haring, David Hockney and Roy Lichtenstein.

It closed due to legal difficulties but Drake is bringing it back and ­sending it on a world tour.

Madge has a new minder

MADONNA left little to the imagination when she squeezed into this ­corset for an impromptu Instagram photoshoot.

But I’d better watch what I say about the Vogue singer, as it turns out her eldest daughter Lola Leon is fiercely defensive.

So much so that she once got violent when someone made a remark about the superstar to her.

Lola said: “I don’t disrespect people, but if you come at me wrong, you better pray.”

Recalling one incident, she continued: “I was at a club spot and some dumb little bitch wanted to come up and talk some s**t. The second my mom’s name left her mouth – I don’t condone violence, but she . . . left.”

Lola has just launched a music career under the pseudonym ­Lolahol and says she doesn’t want success just because of her famous mum. Speaking to The Cut ­website, she said: “There’s undeniable ­privilege that I’d be stupid to not realise.

“My mom and my father raised me to be so much smarter than that.”

Maya aims to crack the U.S.

THERE is not much Maya Jama cannot do.

As well as a successful telly career and sell-out beauty range, the Love Island host is preparing to take over the US.

Maya has just won a legal battle to launch a retail empire in the States after being blocked by lesser-known US singer Maya J Jenkins. Our Maya had filed to trademark her name on a range of luxury cosmetics, homeware and jewellery.

Her claim was contested by American Maya, but our Maya’s team fought back and won.

Since leaving Radio 1 in 2018, the telly host – who is dating rapper Stormzy again – has gone on to become one of the UK’s most popular stars.

As well as working across the BBC and ITV, she has become a self-made millionaire thanks to mega-money endorsement deals.

Maya said: “I’m trying to not be too ambitious. I focus on one thing at a time.” Sounds like she has plenty more in store.

NAUGHTY BOY has worked with Beyonce, Emeli Sande and Ed Sheeran – and this week the producer-songwriter has been sorting new songs with Nicole Scherzinger too.

I told in April how the former Pussycat Doll was preparing to make her solo comeback and had been busy on an album.

But clearly it is taking longer than expected because she is still trying to perfect the tracks for her record, which will be her first since 2014’s Big Fat Lie.

She had been planning new music with the Dolls ­after the success of their 2020 single React, but their reunion tour was delayed by Covid and was eventually axed in a row over money – ending hopes of new tracks.

It seems Nicole has since been putting a lot of work into her solo project.

Hopefully it is worth the wait.