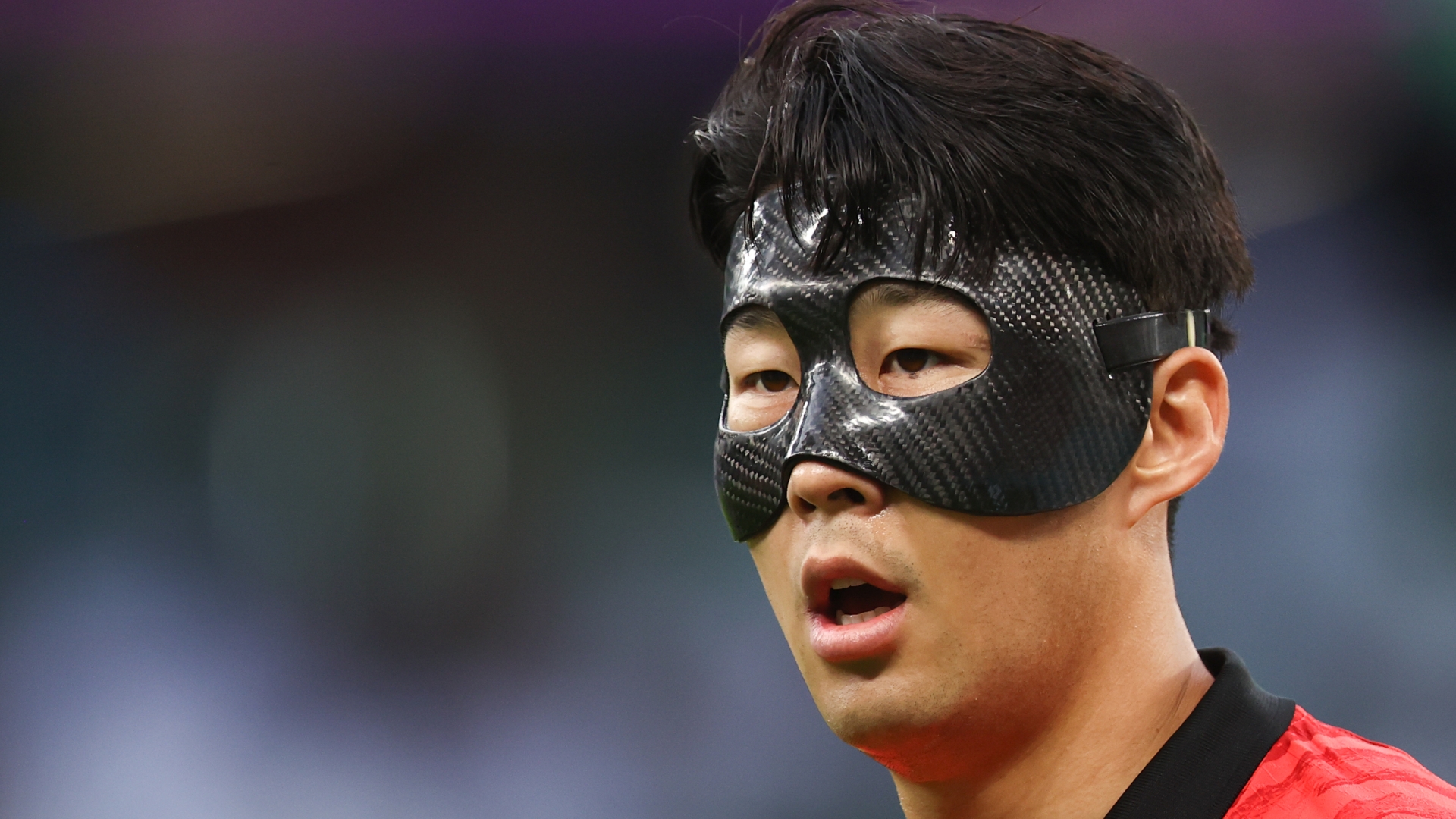 SON HEUNG-MIN looks unrecognisable from his first World Cup appearance back in 2014.

The South Korean superstar won his fitness race in order to start for his country in their tournament opener against Uruguay this afternoon.

This tournament in Qatar is Son’s third World Cup appearance, having played in Russia last time out and in Brazil in 2014.

At the last finals, the forward was already an established star in the Premier League with Tottenham.

But he was also in Brazil as a precocious 21-year-old while he still played for Bayer Leverkusen.

He also made an impression, scoring in Korea’s second group game against Algeria.

The Spurs star added another two World Cup goals four years later in 2018, netting against Mexico and Germany in Russia.

This time around he is wearing a protective face mask – after brutally suffering multiple facial fractures during Tottenham’s Champions League clash with Marseille on November 1.

He was subsequently named in Paulo Bento’s 26-man squad for the tournament anyway, ensuring his compatriots that he would give everything to play for them.


Erling Haaland 'smitten' after secret love with girlfriend from hometown

BECK TO THE FUTURE

Son’s statement read: “Hi everyone. I just wanted to take a moment to say thank you all for the messages of support I have received over the last week.

“I have read so many of them and truly, truly appreciate you all. In a tough time I received a lot of strength from you!

“Playing for your country at the World Cup is the dream of so many children growing up, just as it was one of mine too.

“I won’t miss this for the world. I can’t wait to represent our beautiful country, see you soon.”

After today’s clash with Uruguay Son and Co take on Ghana on Monday before rounding off their Group H campaign against Portugal next Friday.

Son scored twice at the 2018 World Cup in Russia[/caption]