I’M A Celebrity legend Gillian McKeith’s daughter has opened up about her upset at watching campmates badmouth her mum behind her back on the show.

Nutritionist Gillian, 63, was famously pushed to the limit in 2010, collapsing twice and chosen to do six terrifying Bushtucker Trials.

Gillian McKeith in 2010 with daughters Skylar and Afton[/caption]

Not every trial was a success, and hungry campmates were critical of her in the Bush Telegraph.

But for actress Afton McKeith, who was just 10 at the time, it was tough watching a bunch of strangers take aim at her mum while she suffered in one gruesome challenge after another.

Speaking exclusively to the Sun, Afton, who will launch a new fitness course in January in partnership with her mum’s online wellness and weight loss club, said: “I was very worried about her. It was hard watching because you see the celebrities talking to camera behind their backs. A lot of them were talking about my mum in not such a nice way on the show.

“It was really tough watching that with all the other family members around, and then I started feeling a certain way about those family members’ person who was in there. It was an awkward dynamic because of that.

READ MORE ON I'M A CELEBRITY 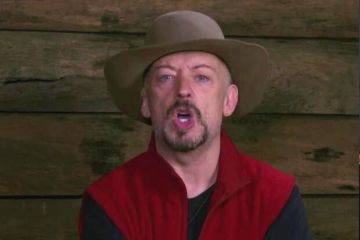 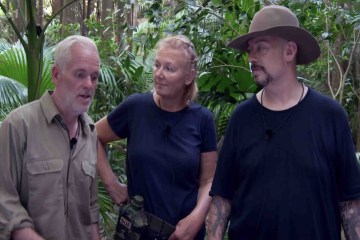 LIVING FOR THE DRAMA

“My mum was going through a lot and they didn’t understand because they’re not doing it. It’s easy to complain ‘she didn’t get enough stars’, but like, why don’t you try and do it?”

For years after the series aired debate raged over whether Gillian really did faint or if it was an elaborate ploy for attention.

Gillian has always insisted it was real and Afton has backed her up, telling us it’s something that’s affected her mum for almost her entire life.

She said: “My mum does have history of fainting since she was five years old. I know she fainted for real. She has very low blood pressure sometimes when she hasn’t eaten, and that’s known to lead to fainting. It’s not very nice when people make comments about it and try to insinuate it wasn’t real.

“There are celebrities from the show from her season who have come out and they like to use her name to get some attention and make up false comments about her fainting just to get some attention in the media when in reality they don’t know the facts they don;t know her history of fainting for literally her entire life there have been multiple times, so I think it’s really not fair to make a judgement on someone’s health issues.”

Gillian could lay her jungle demons to rest next year when the much-anticipated I’m A Celebrity: All Stars airs.

The show legend will be among other favourites such as Amir Khan and Helen Flanagan for the special series.

Afton and Gillian at a glam event earlier this year[/caption]